Users can forward their phones from three different locations, and that change is not reflected in the other two locations. 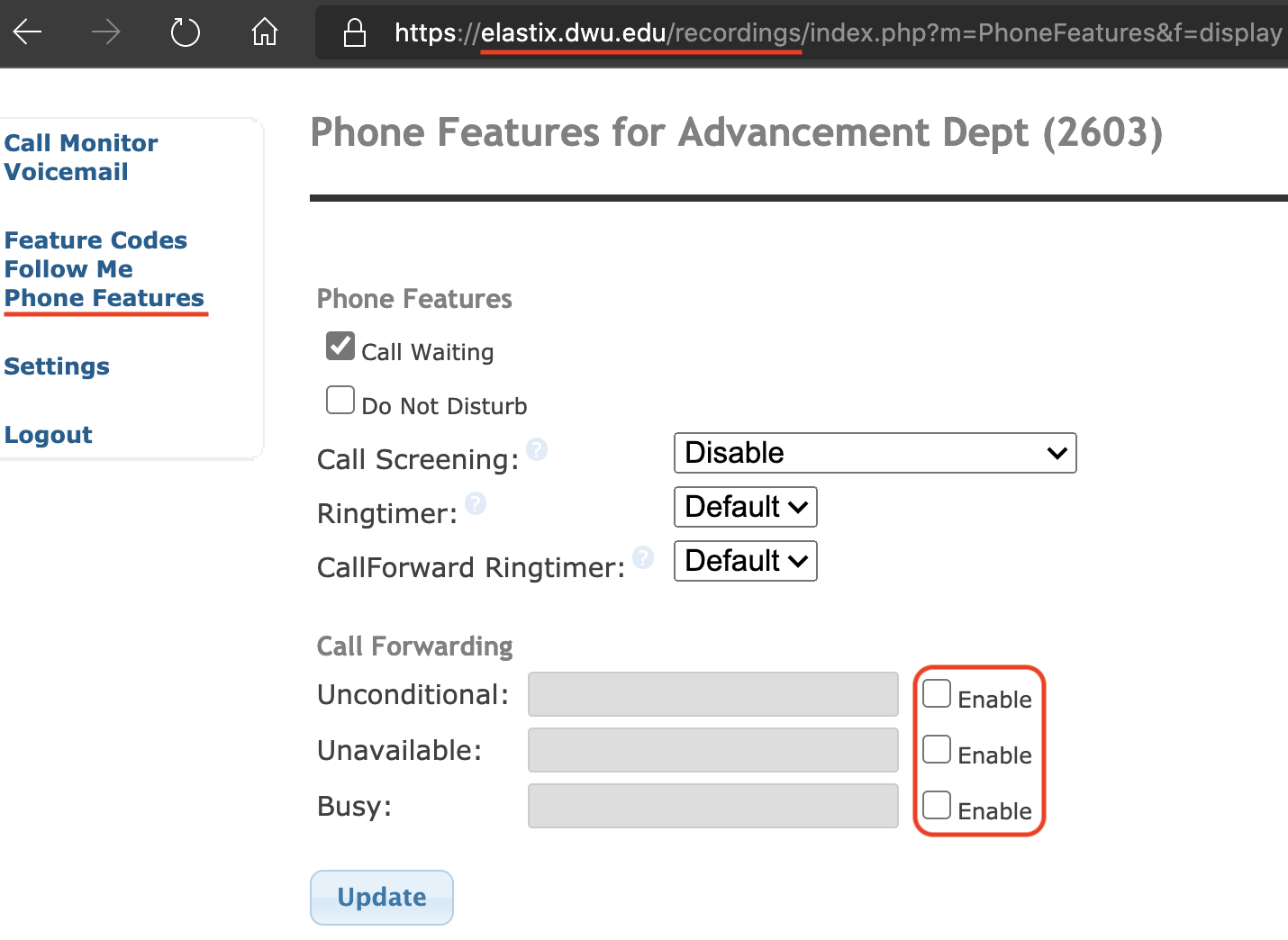 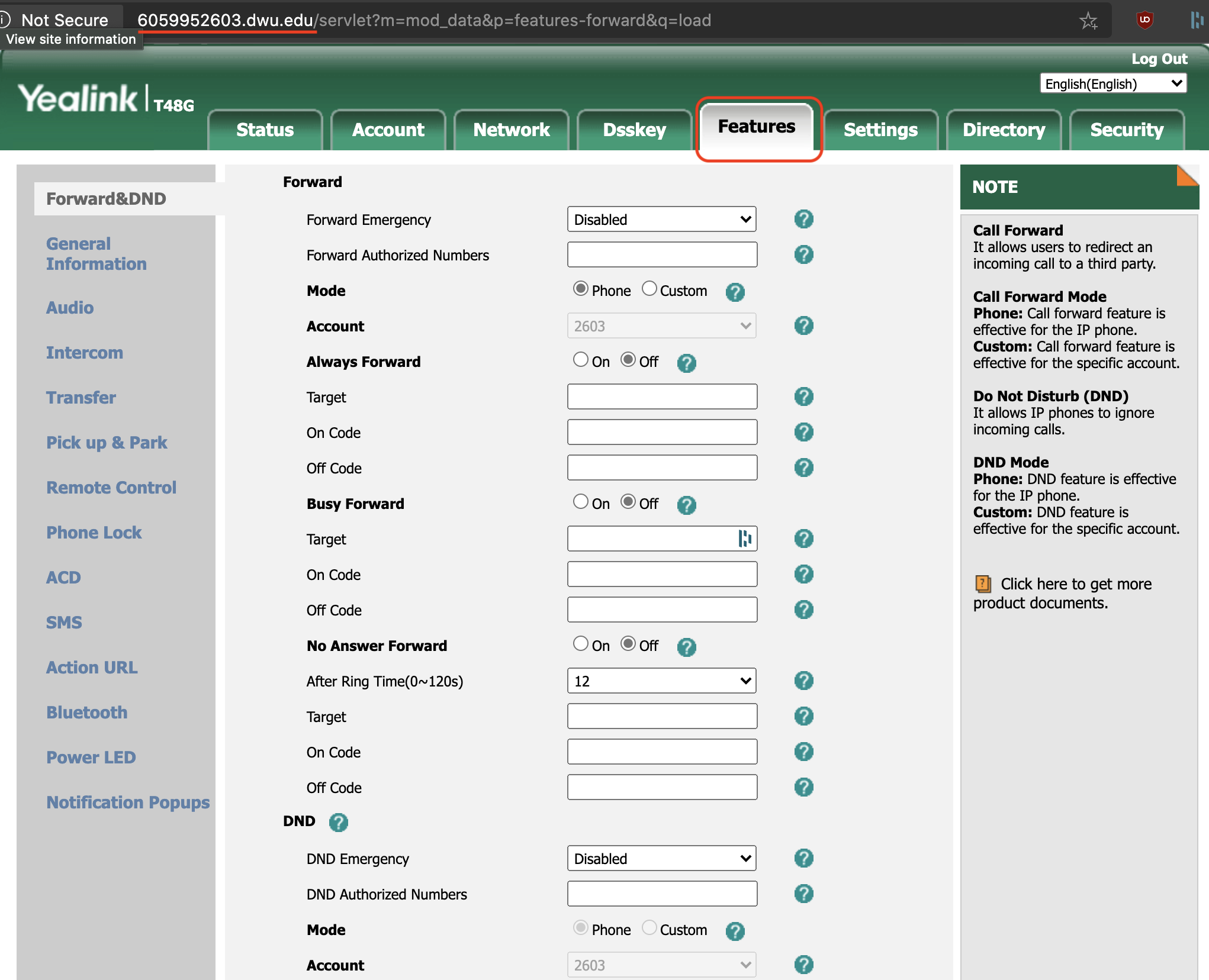 To allow a user to answer a co-worker's phone without ringing their own phone, set up a Busy Lamp Field (BLF) button under the Dsskey tab. 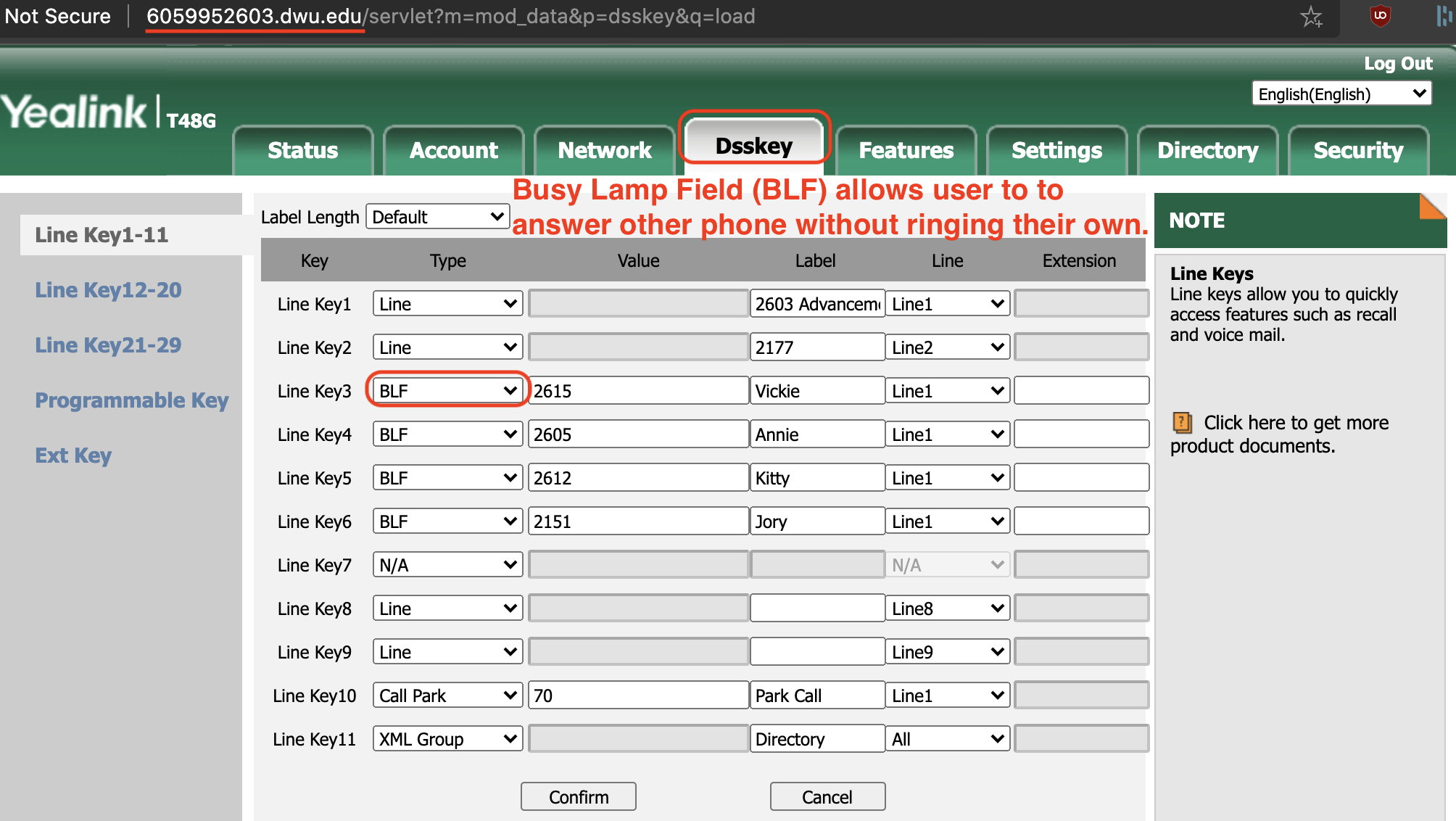 To make an extension ring on more than one phone, add the extensions of the additional phones to the "Follow Me" list of the desired extension.

In this example, when somebody calls 2603, then all four numbers listed will ring. (By default, a phone's extension is always included in its own Follow-Me List). 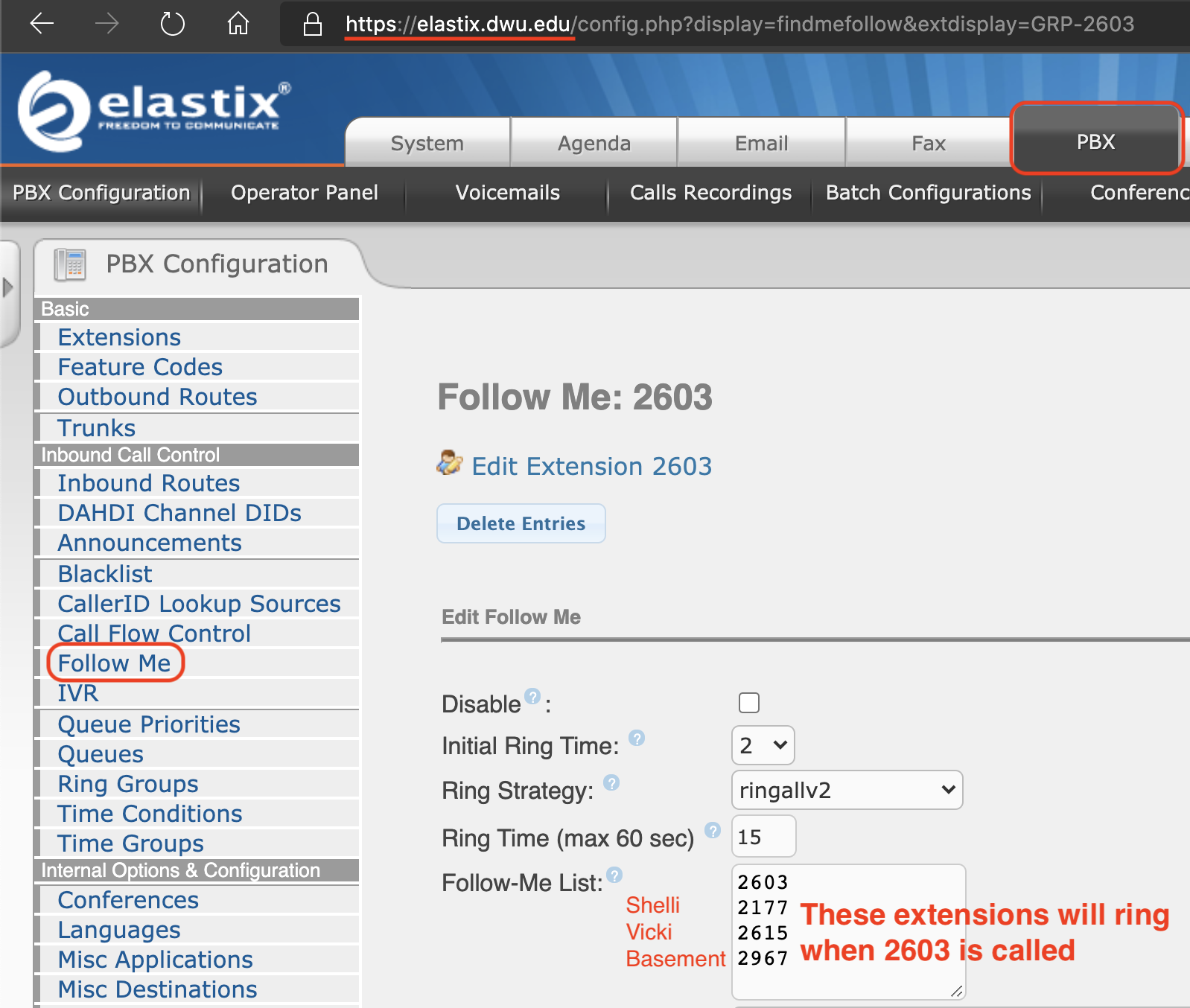 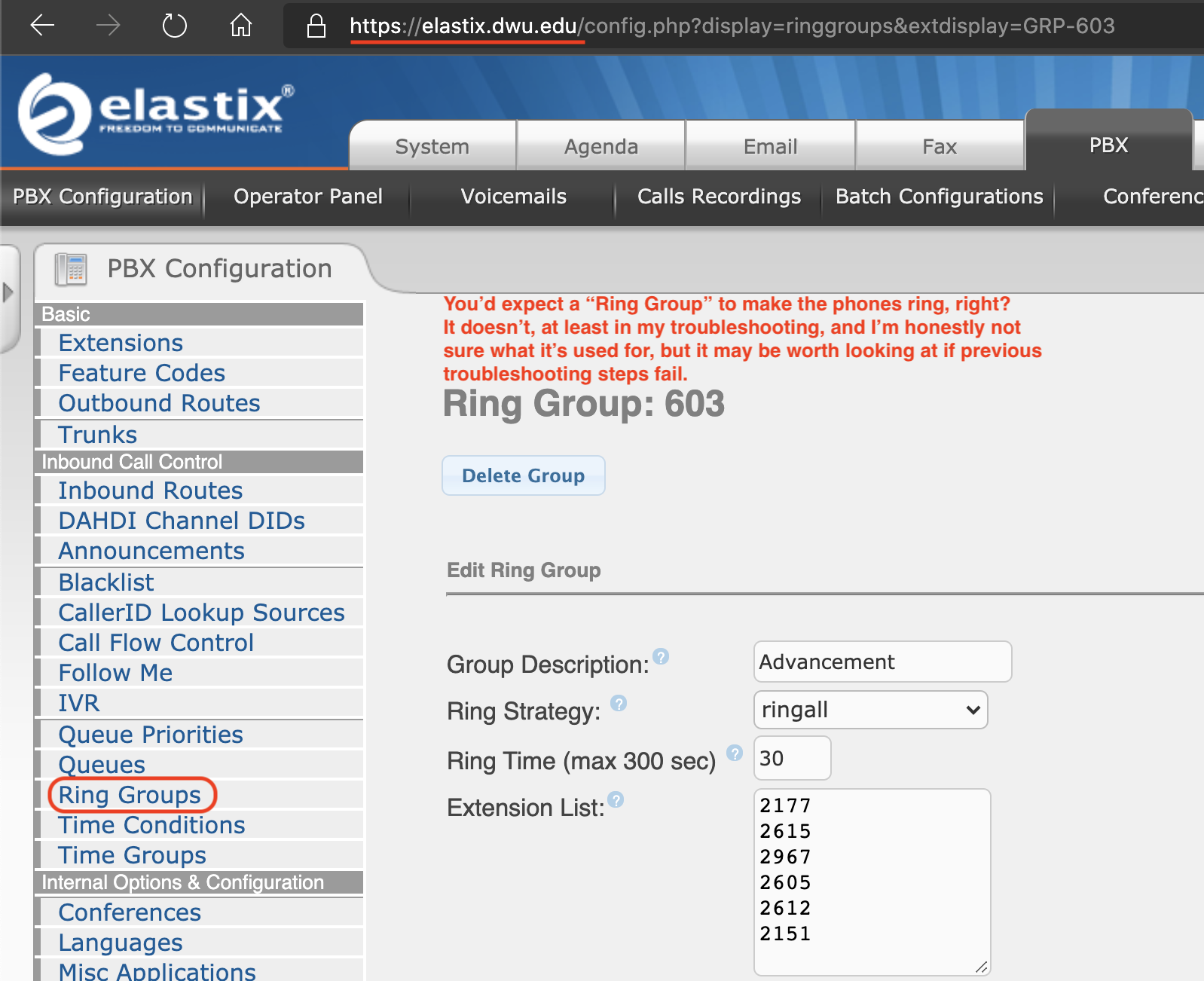 F
Ryan is the author of this solution article.

Did you find it helpful? Yes No

Send feedback
Sorry we couldn't be helpful. Help us improve this article with your feedback.